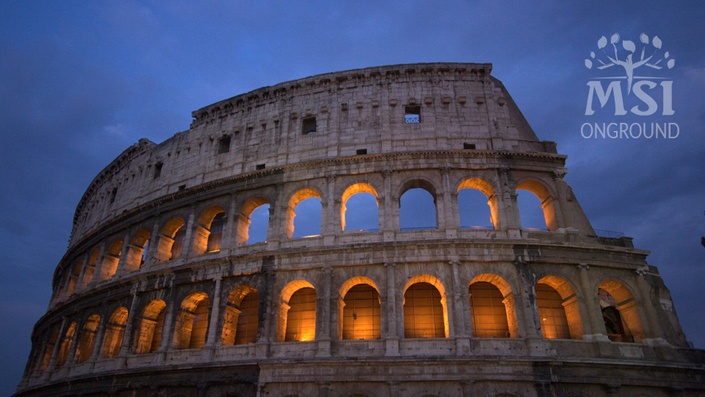 Cultures in Conflict: Essential Light on the Jewish–Graeco–Roman World of the NT

Cultures in Conflict: Essential Light on the Jewish–Graeco–Roman World of the NT is an ONGROUND ONLY mini course held at the Messianic Studies Institute (4950 Morse Road, Columbus, Ohio 43230) from 7:00–9:30pm TWO WEDNESDAYS: Feb 20 & 27.

Course Description:
The writers (and original readers) of the New Covenant Scriptures lived in a different world. Politics, culture(s), ethics, worldview, theology, and the needs of daily life were all radically different from what we know today. Scholars refer to this as the milieu of the text. That milieu shaped the thoughts and expectations of the writers of the New Covenant Scriptures, and those writers’ thoughts and expectations shaped their words.


As we seek to base our own lives on those words, we need to understand the environment that formed the thoughts and expectations behind the words. This course will introduce students to some of the key differences between their world and ours, and point out some of the errors in understanding that have resulted from, as N.T. Wright has put it, “asking for hermeneutical trouble” by substituting for the writers own “controlling narratives . . . those of other traditions and cultures.”

Chris's primary area of research is Saul (Paul) of Tarsus and the Pauline writings, with an emphasis on how history, culture, politics, and literature influenced both the writer and his audience. Chris is a member of the Executive Committee of the Union of Messianic Believers, and serves as an Elder of Beth Messiah Congregation. He has also served the Union of Messianic Jewish Congregations on the Worship and Communications Committees. He also teaches at area congregations on Messiah in the Passover and the Jewish Holiday Cycle.

ONGROUND Course
Available in days
days after you enroll

This course is closed for enrollment.